We hope you’ve all seen the news about Todd’s upcoming Individualist/AWATS tour in October/November. http://todd-rundgren.com/tr-tour.html

While we are still in the early stages of planning, we would like to begin filling out our spreadsheet for volunteers in each city. Todd said that he would be very pleased to see SOHF once again playing an active role in the tour, and we are beginning to contact select music programs in each city to make sure they can benefit from the opportunity to spread the word about their work (including some instrument drives in conjunction with the tour).

Please send an email to jean@spiritofharminy.org or ed@spiritofharmony.org and let us know the DATES and CITIES you would be willing to work at our table. Volunteers must have a ticket to the show in order to enter the theaters (sorry, volunteering does not get anyone a comped ticket).

As always, we promise that working on the table will be fun and will absolutely not cause you to miss any part of the show (including if you purchase a meet and greet ticket). Please feel free to share this note with others who you think might want to volunteer at a SOHF information table.

Thanks for steadfastly supporting SOHF’s music education advocacy! Hope to see you on the road!

Proving once again that necessity is the mother of invention, especially during these trying times, Todd embarked on the first-ever national virtual tour, February 14 through March 22. Twenty-Five concerts were presented for 25 cities across the United States, all performed live in Chicago. Here are the details, as featured in Rolling Stone. 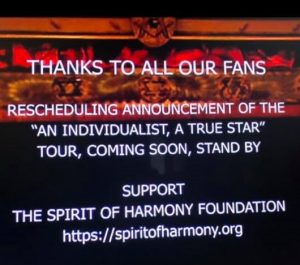 To add to the experience of the musicians and to help make Todd’s “geofencing” vision a reality, supporters of the Spirit of Harmony rallied around the “Feel US Project” which sent boxes of city-centric goodies to the band for each city on the tour to bring the tour experience to life.

The Feel US Project was a wonderful way to invigorate SOHF’s supporters during a time when advocacy activities for music education in schools are extremely limited.

The Foundation was also delighted to see that the Spirit of Harmony was spotlighted at the end of the credit roll for each of the shows. There’s always more.

SOHF Hits The Road With The Individualist 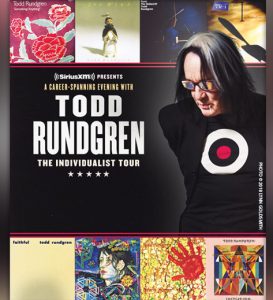 The Spirit of Harmony is spreading the message of music Education Advocacy far and wide.

During Todd’s recent Individualist Tour, the Spirit of Harmony had a unique opportunity to assist with an important aspect of the show by collecting audience questions on an iPad for a Q&A, while we spread the word about music education advocacy. Our team of nearly 200 volunteers collected well over 450 Q&A questions, and even provided translation services for the Q&A in Japan.

SOHF mobilized at information tables at ALL of the shows on the tour, 14 cities on the first leg of the tour and 22 cities on the second leg of the tour. We highlighted children’s music programs by inviting representatives of the programs in all cities on the first leg of the tour (thanks to Live Nation for donating tickets) and we placed local programs’ literature on our tables during the second half of the tour—over 45 different youth programs in all! Volunteers handed out over 10,000 Individualist bookmarks giving tips on grassroots music education advocacy, utilized 25 SOHF banners, distributed well over 4000 SOHF square pins and ballpoint pens, and collected about 1000 email addresses to add to our mailing list.

In nearly every city, the Q&A was recorded with our Individualist/SOHF backdrop, so the “Love Music” logo was visible on all recordings. Further, our Team was asked to make phone recordings of the Q&A segment of concerts they attended for possible inclusion in the concert DVD package.

THANK YOU to our wonderful supporters for giving so freely of your time to help spread the word about music education and the Spirit of Harmony! We are so very grateful. Please click here for our SOHF Individualist photo album on Facebook: First Leg of the tour and Second Leg of the tour.

Leg 2 of the Tour

Leg 1 of the Tour

We are so very grateful to the BRAVE ADVENTURERS who staffed our Spirit of Harmony information tables throughout the tour, spreading the word about the moral imperative of music education! 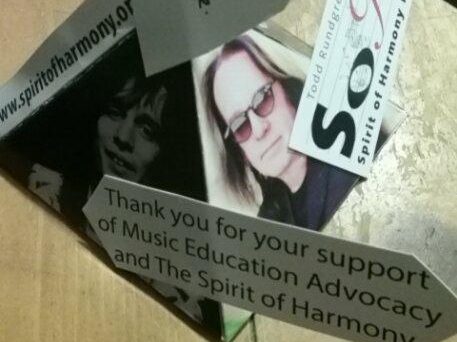 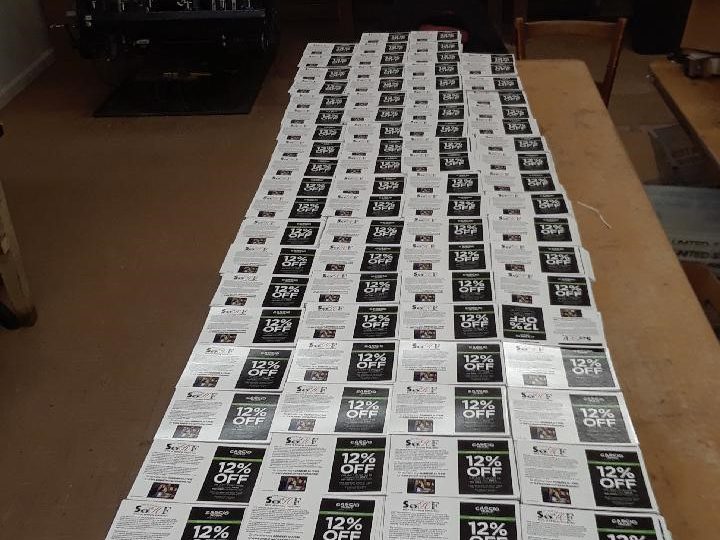 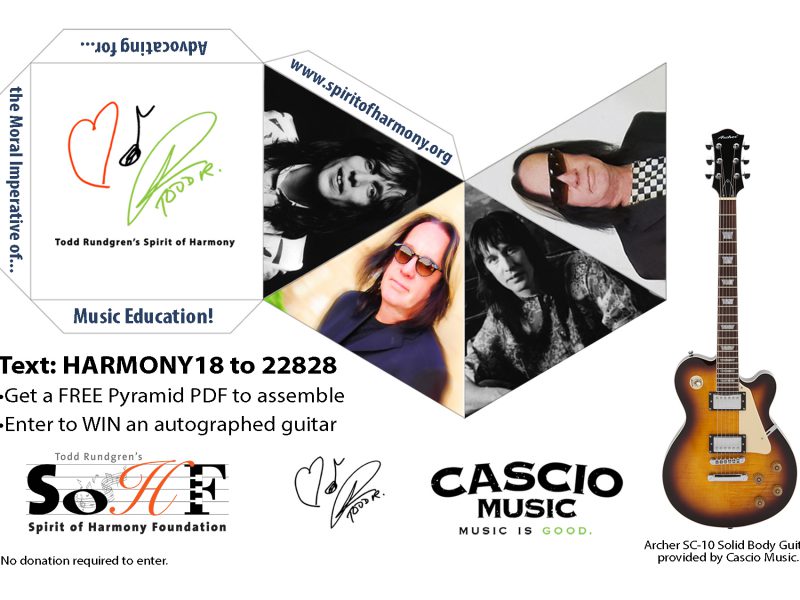 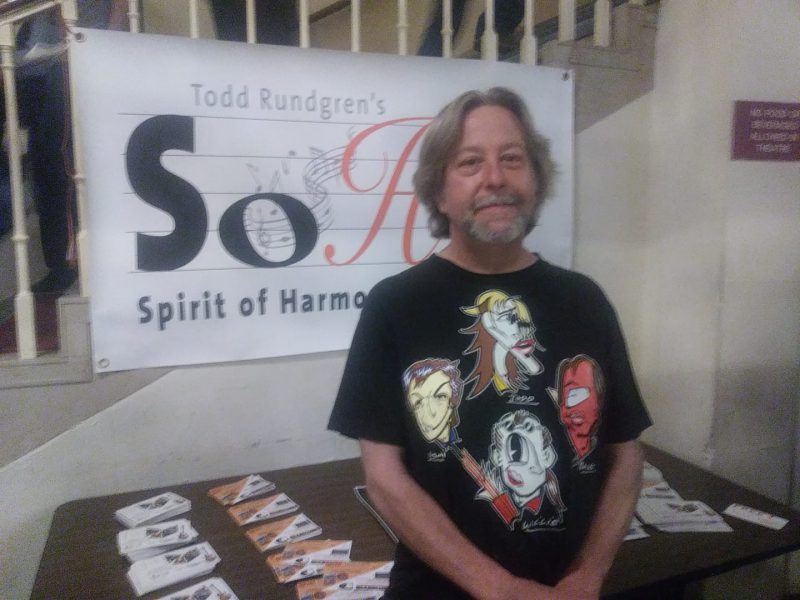 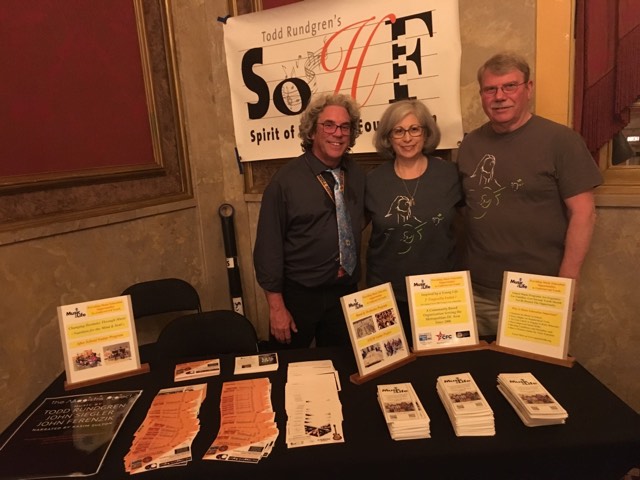 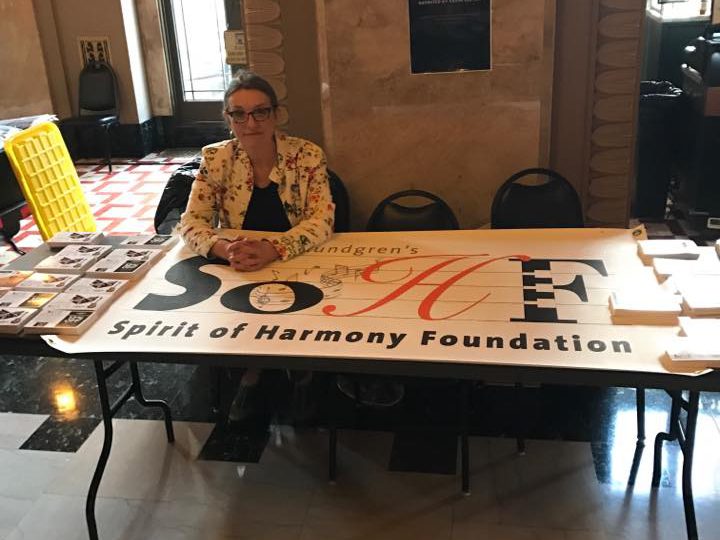 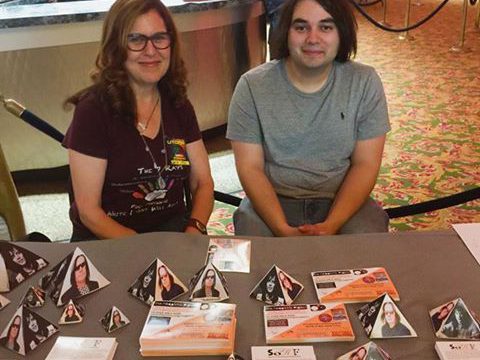 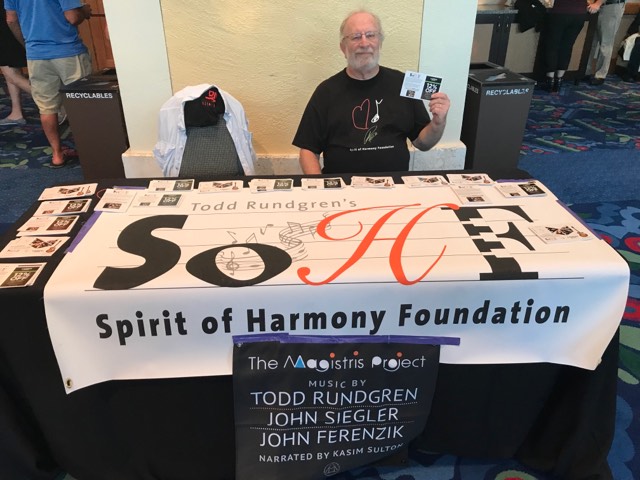 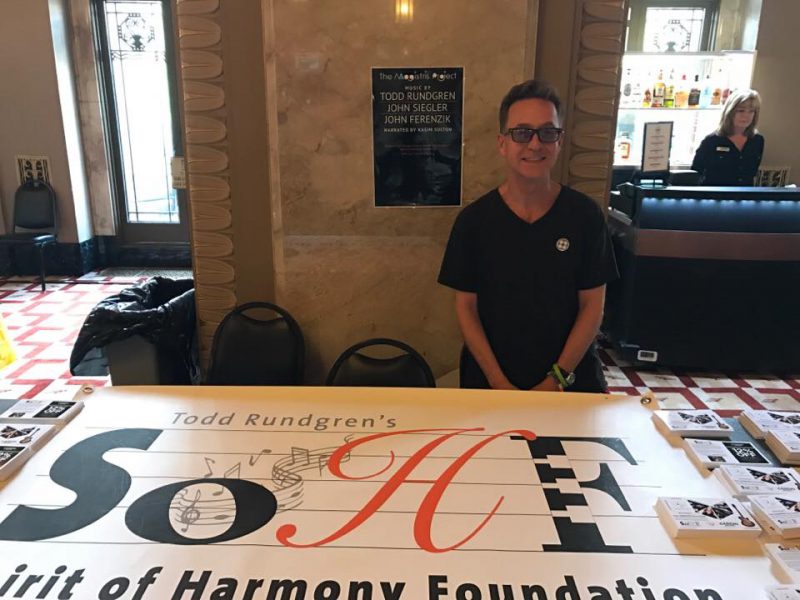 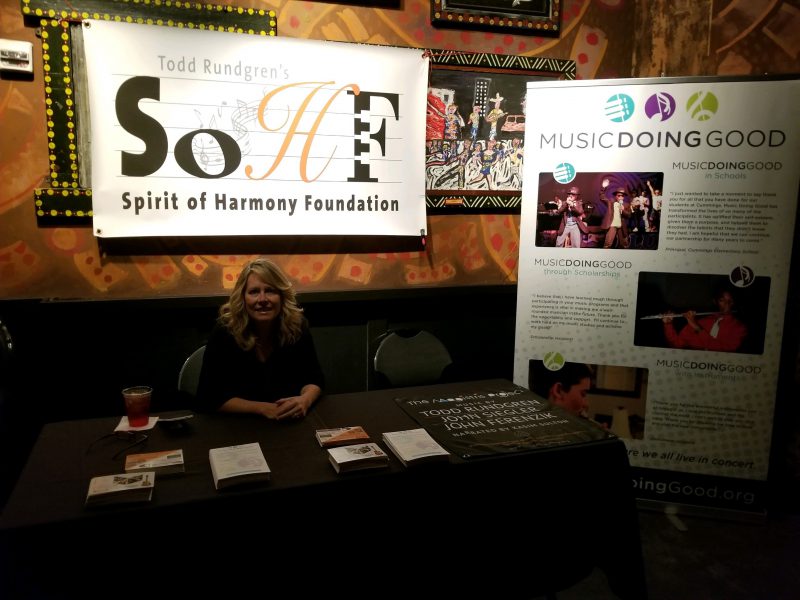 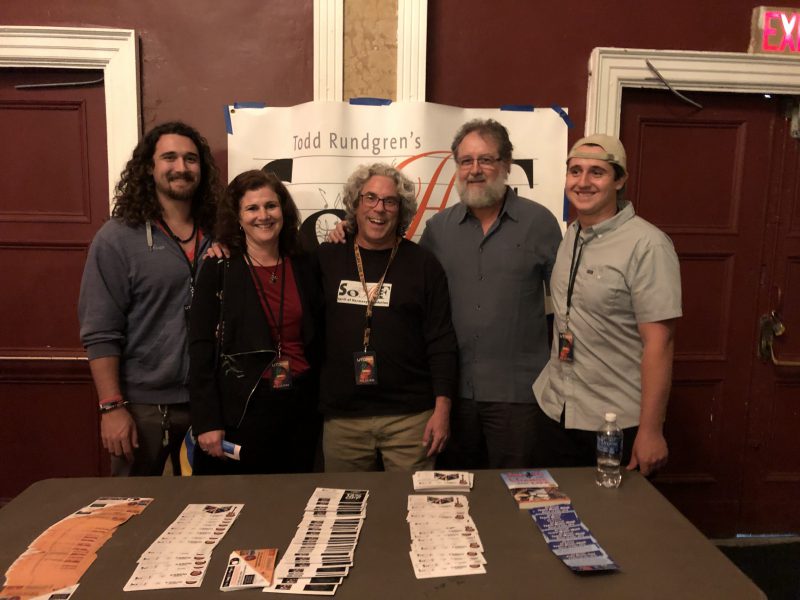 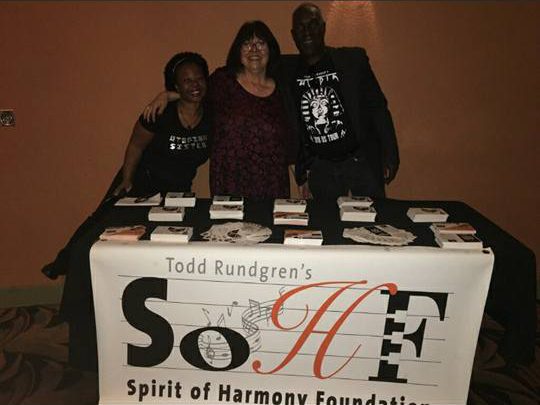 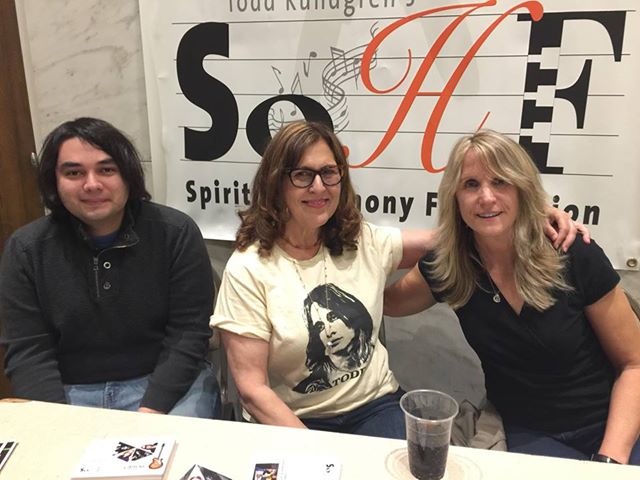 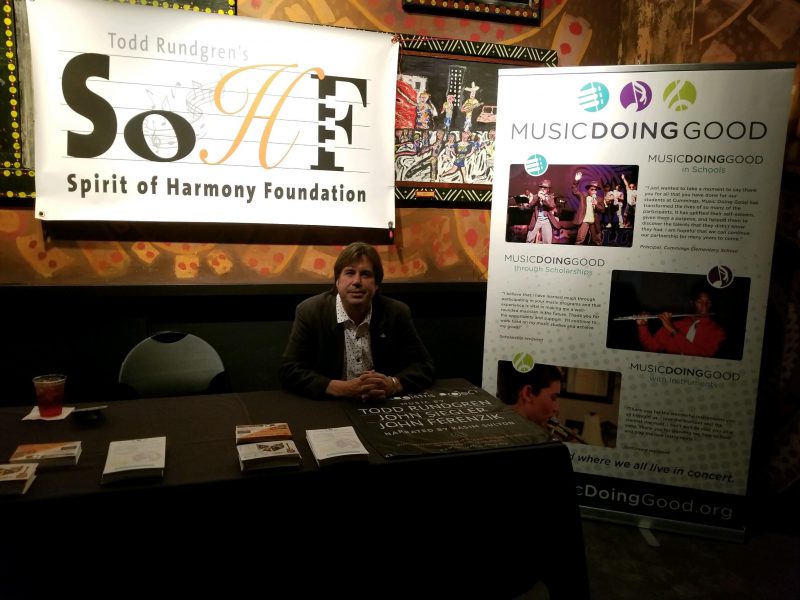 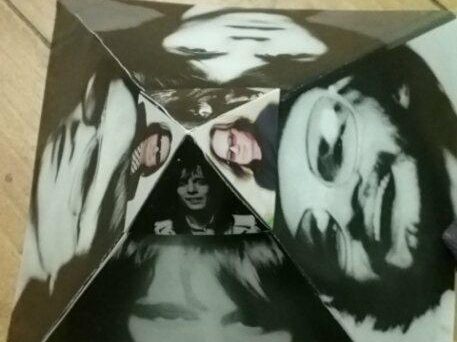